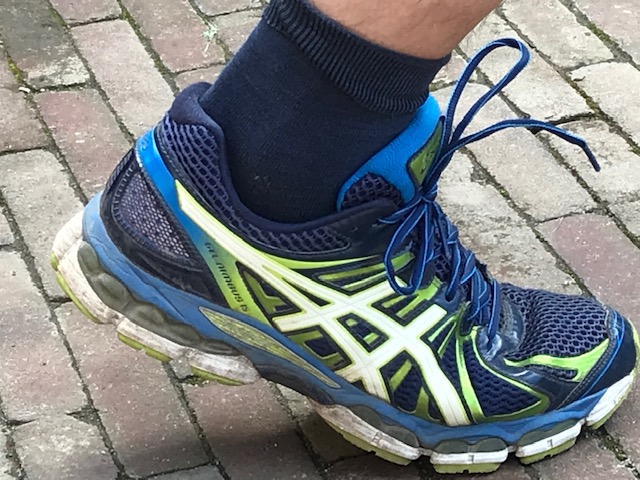 I go running about once a week. And to be honest, I have to admit that this is not always easy for me. Sighing and moaning, I struggle in half an hour to 45 minutes through a beautiful course in the Jekerdal on the edge of Maastricht. Likewise this afternoon. While I slowly catch up with a young man with an African appearance, I suddenly think of another African.

A few years ago I was in Amsterdam for a Chi Kung workshop by Peter ten Dekker. After the break we watched a Youtube video in which an African tribe goes on a buffalo hunt in the traditional way. A battle of attrition of 8 hours in which a chase on foot ends when the hunted buffalo collapses and can no longer continue. The buffalo is indeed faster than the runner, but because of the heat it also has to regularly seek shade to cool down. He’s not used to being chased for so long. The runner follows the buffalo’s trail at his own pace: not too fast and not too slow. By following the buffalo’s trail, the hunter slowly gets to know his prey. He sees what choices it makes, where it has rested, drank and whether it is getting tired. When he catches sight of the buffalo after 8 o’clock, it’s like meeting someone he knows. What follows is a death blow to the exhausted animal. Then the hunter takes the time for a ritual that revolves around respect and gratitude for what the buffalo has to offer.

The video has always stayed with me and I think about it every now and then. The awareness of the connection between hunter and prey moves me. The hunter does not feel superior to the buffalo, but feels respect and gratitude because he knows that he is dependent on it.

So today I thought again of that hunting African who, with his spear in his hand, travels kilometer after kilometer in the blazing sun, with nothing but the trail of the buffalo in his mind. I try to imagine what it’s like to run after a buffalo without any idea how long it’s going to take. My first expectation is that the very idea of ​​what seems to me a hopeless undertaking will paralyze me, but the opposite is happening. I notice that my body relaxes more, the pressure to achieve something, read to keep it up until home, falls away. The only thing that becomes important is to keep following the trail. Somehow this simple focus makes my mind calmer and more open. I feel I can do this for a very long time if I have to. And what surprises me most is that walking takes less and less effort for me, something I was constantly aware of before. Not much faster than normal, but a lot lighter and a richer experience, I finally complete my lap.

I realize that in the video we have not only looked at an impressive hunt and an example of connection with nature, but also at a mental attitude that is very important in Chi Kung, namely a good balance between relaxation and effort. If you are too focused (on the buffalo trail) you will not last, and if you are not attentive enough you will lose your way. A principle that probably does not only apply during a Chi Kung exercise or when hunting a buffalo 😉.